When we speak of Krishna, we should understand that we are not speaking about a foreign person. 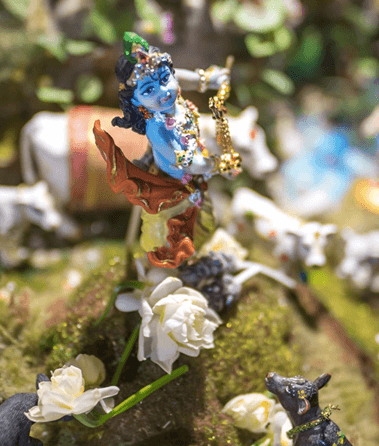 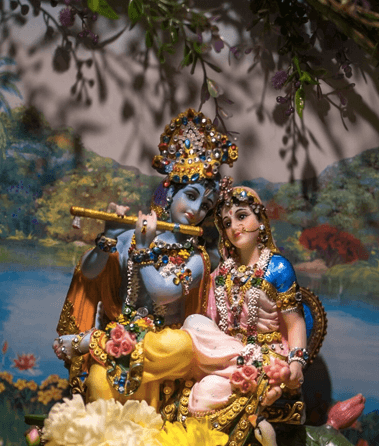 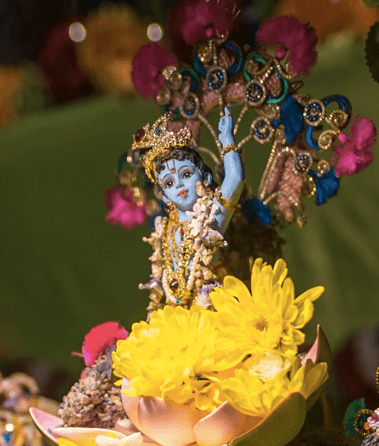 Krishna says in the Bhagavad Gita:

“I am the goal, I am the sustainer, the master, the witness, the abode, the refuge, and the most dear friend.  I am the creation and the annihilation.  I am the basis of everything, the resting place and the eternal seed.  I am the seed-giving father of all living beings.”

Krishna is the original father of ourselves and everything else.  He is the origin of each and every one of us.  He is our father, our mother, our refuge, our support, our most dear friend.  When we speak of Krishna, we are speaking of the Supreme Personality of Godhead, the cause of all causes, the original person.

When we speak of Krishna, we’re also speaking of our most dear friend.  What is it that makes someone a friend?  One of the many qualities of a friend is understanding.  If you have a friend and you go to that person to explain a problem you’re having – to open your heart – you know that your friend will be understanding.  He will not condemn you or misunderstand you.  No matter what problem you’re having, your friend will still love you.

When we speak of Krishna, we’re speaking of the perfect friend.  When most people think of God, they unfortunately think not of a friend but of a judge.  So when they need a friend, instead of approaching God as their dearmost friend, they approach other people and try to open their hearts to them.

One of the painful things we learn is that it’s almost impossible to find such a perfect friend who is so understanding that we can reveal everything to him.  He may not understand, or he may become envious, or he may want something from us, he may become angry or judgmental, or he may simply lack the intelligence to comprehend.

Failure to find a perfect friend leads many people to make a pet their best friend.  People get a pet dog or cat and they can love this animal and talk to him and tell him all their troubles and the pet doesn’t become envious or angry or judgmental.

Because we all have so many imperfections, we want a friend who will love us despite our imperfections.  So we get a cat or a dog or some other pet.  But our pets don’t really love us.  If we stop feeding them, they’ll leave.  People put themselves in the illusion that the dog is their best friend.  The dog doesn’t care how fat they are, how ugly, how dishonest – nothing.  Unconditional love!  But actually the animal doesn’t understand you at all.  He doesn’t know what you’re talking about, and he can’t help you.  So we should take this natural desire for a perfect friend and direct it toward Krishna, God.

It is Krishna, the perfect Friend, who loves us unconditionally.  Even if we are sinful, God still loves us.  Some people think that if they’re sinful, God no longer loves them.  So when they’re sinful, they’re afraid to approach God, thinking they’re impure.  But this is a great mistake.  God loves me unconditionally – that is real love.  Everyone else loves me with conditions.  You’ll love me if I love you.  And I get angry if I feel I love you more than you love me.  This isn’t real love; it’s the so-called love of the world.  Krishna is completely different.  God, Krishna, loves us even though we have no love for Him.

So complete and compelling is Krishna’s attractiveness that when Krishna sees His reflection, He becomes transfixed in His own beauty.  Krishna meditates upon Himself.  Krishna’s beauty is such that it mesmerizes Krishna Himself.

Some people like to imitate Krishna.  They call themselves “yogis,” and as part of their process of meditation, they place a mirror on their altar.  But the difference is that their physical form is not all attractive and it is not eternal.  When they look upon it this year, it looks different than it will in five or ten years.  The physical forms of these “yogis” change.  But the form of the Supreme Person does not change; it is eternal and ever attractive.

In Taoism and Buddhism, there is a saying that all the forms that we see in this world come from the “formless void”.  It is true.  The ocean of light, the formless ocean of effulgence, is the source of the temporary forms in this world.  The source of this formless ocean of effulgence or “brahman” effulgence is the spiritual form of the Supreme Personality of Godhead.  The ocean of light is the effulgence of the beautiful personal form of the Supreme Person.  Krishna says in the Bhagavad-Gita, “I am the basis, the source, of the impersonal brahman which is all pervading.”

And I am the basis of the impersonal Brahman, which is the constitutional position of ultimate happiness, and which is immortal, imperishable and eternal.”
Bhagavad-Gita 14:27

If they are fortunate, Buddhists or Taoists can achieve the so-called “void”, the brahman effulgence.  But the devotee of God is not satisfied with this brahman effulgence, the formless ocean of light which is coming from Krishna.

In the Sri Ishopanishad, the devotee prays, “My dear Lord, kindly remove Your dazzling effulgence so that I can see Your beautiful form of bliss.”  This effulgence is springing from the Supreme Person.

The Supreme Person appeared in this world five thousand years ago, in His original transcendental form.  Unlike you and me – who are unable to appear in this world without the assistance of material nature, without a material body – Krishna appeared without the assistance of material nature.  Material nature did not provide Krishna with a body.  Krishna appeared in His original transcendental form.  This is one difference between us and the Supreme Lord.

Krishna appears in the world to defeat this impersonal perception of Himself.  He appears here to defeat the view that God is simply an impersonal force that sometimes gets dominated by Maya or illusion.  He clearly rejects the assertion that God needs the assistance of material nature to appear in this world.  In the Bhagavad-gita, Krishna says, “From time to time, I appear in My original transcendental form.”

Although it’s difficult for us to understand or fully appreciate this fact, the reality is that the original Cause of all Causes, the Supreme Person, Who exists in His eternal transcendental form in the spiritual world, appears in that transcendental form in this material dimension in order to make it possible for us to meditate upon Him.  He comes to enlighten the ignorant, to protect the innocent and pious, and to defeat the atheistic and demoniac.

When Krishna appears in this world, it is by His grace that we are able to appreciate Him for what He is, for Who He is.  If we want to know Krishna as He is, then we will appreciate His appearance and the nature of His transcendental form.

Edited from the lectures of Jagad Guru Siddhaswarupananda. Learn more about Krishna in Q&A About Krishna, an interview with Srila Bhaktivedanta Swami Prabhupada. If you enjoyed reading this, help us out by sharing it around. Like us on Facebook and follow us on Soundcloud. Thanks! 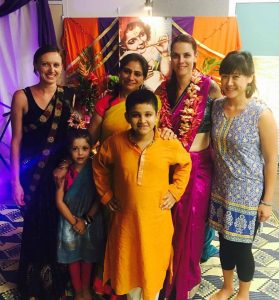 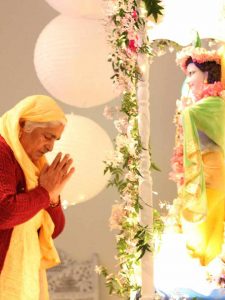 In a room strung with fairy lights and graced with boughs of fragrant jasmine, Krishna’s birthday was celebrated. Swathed in turquoise and aqua,

Subscribe to our newsletter for all the latest news and updates